About Us (Meet The Owners)

Dan and Nancy moved to this glorious island in June 2017 with their two children, Daniel Jr and Marlena. 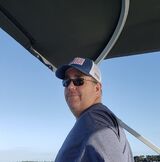 Dan began working as installation manager for Island Environments in June 2017 and then was promoted to General Manager in 2018. Dan received his Landscape Contracting degree from Penn State University in 2001 He has over 22 years of experience in the landscape industry, at golf courses, then as a landscape designer, or working for some of the nation's leading service providers with TruGreen LandCare and Lowe's Home Improvement. Dan and Nancy were pleased to have the opportunity to purchase the company which became official in February 2019.

Nancy began working at Island Environments in June 2018 in the position of office manager. She has her degree also from Penn State University where she received a BS from the college of Education in 2001. She has years of experience as a high capacity case manager for the Commonwealth of Pennsylvania before staying home to care for their children. She is excited to take part in the acquisition and looks forward to helping the company grow and thrive.